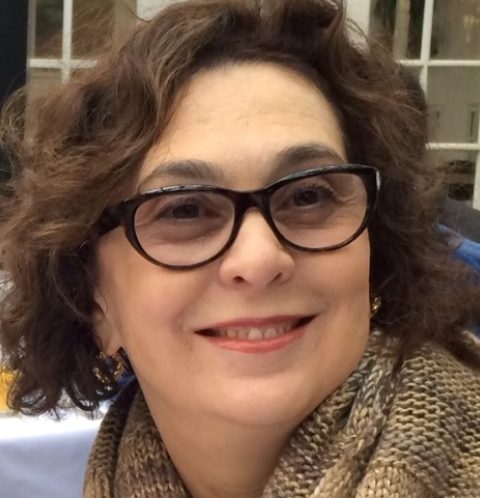 Ada Luisa V. de Trillo became director of to CSNSF Border Programs in October 2015, when Louise Rauseo retired from that position. Since that time, Border Programs has offered streamed presentations and discussion from both the Bowen Center and the Bowen Theory Academy for more seasoned students. Border Programs also offers two seminars a year on the concepts of Bowen theory for beginning students.

Ms. Trillo has been a member of the CSNSF Board of Directors since 2007 and on the Advisory Committee since 2003. She attended the Postgraduate Program at The Bowen Center (formerly Georgetown Family Center) from 2002- 2006 following undergraduate and graduate degrees in Sociology from University of Texas at El Paso. She participates in a Bowen Theory Study Group for Spanish-speaking people throughout the world and is committed to expanding resources in Bowen theory.

Life in Cd. Juarez, Mx, family history in Mexico, and a strong academic background in sociological research support Ada Trillo’s interest in Societal Process. She has studied violence on the border through the lens of Bowen theory and published two articles on that subject in Family Systems Forum. She believes that the Border Program is in a privileged position to study migration, issues related to anxiety, and the function of the community. She has developed and taught courses in Bowen theory, the family diagram, and the importance of family research on both sides of the border. Ms. Trillo began to integrate neurofeedback for the study of stress reactions and for self-regulation into teaching, research and consulting in 2007. She is also working on the development of a research project on community building and locations of violent activity.

2004.  “An Experience in Trying to Develop and Continue Programs in Bowen Family Systems Theory in a Border Community” Volume VI, Number 3, p.9