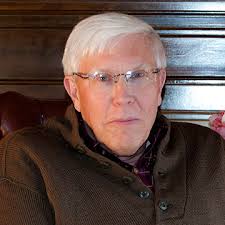 He received an MSW from The University of Michigan-Ann Arbor and a PhD in Social Welfare from The University of Wisonsin-Madison with Sheldon Rose, PhD as his advisor. Sheldon is most noted for his many books and article on the group treatment of children and adolescents. Dr. Butler has five years of postgraduate training with the Bowen Center for the Study of the Family in Washington. He continues in supervision with family members from the Bowen Center (formerly the Georgetown Family Center).

He has authored two recent books. One is an edited book on the Origins of Family Psychotherapy which presents Dr. Bowen’s original papers and articles about his NIMH Family Study Project. His most recent book was published on Therapeutic Relationships. In addition, he has authored numerous peer-reviewed publications.

Dr. Butler retired as a Colonel in the United States Air Force in 1999. He was the consultant to the Air Force Surgeon General while stationed at Andrews AFB in Maryland. He held numerous staff and clinical positions during his career. At one point, he served as the Inspector General for the 82d Training Wing which is located at Sheppard AFB, Texas.

He and his wife ‘Sam’ just celebrated their 50th wedding anniversary in June. They have three adult children who are all in Texas and 10 grandchildren who range in age from 19 to 6 months, and two cats at home with them, Mr. January and Rosie.

Therapeutic Relationships: The Tripartite Model and Applications to Clinical Practice in Bowen Theory

The therapeutic relationship is a fundamental aspect of clinical practice regardless of one’s theoretical orientation. It is often taken for granted and not given much attention. Clinicians talk about this but seldom study the history and inherent complexities involved in the process with the patients, couples or families that they see. With the focus on brief therapy, there is often less attention to this area.

This workshop will highlight the history of this concept over the past decades. Rather than a unitary concept, the therapeutic relationship has been defined as consisting of three separate but interrelated concepts: the alliance, transference and counter-transference and the real relationship. The work of two highly influential clinicians and researchers will be noted: that of William Meissner and Charles Gelso will be reviewed. Lastly, where is Bowen theory in all this? Bowen wrote about the therapeutic relationship but in a broader perspective based on the family as an emotional unit. Bowen theory’s view of this area will be contrasted with more conventional perspectives.

Suicide and the Family

Suicide, especially with children, remains an important area of concern and focus across the globe. Suicide has significant impact on parents, grandparents, siblings, other family members, as well as friends, classmates, schools and the community. A recent lengthy production by Showtime called “Thirteen Reasons Why” highlighted the topic of adolescent suicide involving the school system, peers, adolescents and their parents.

This workshop will review overall data about the rates or suicide worldwide with adult and children. Next, individual perspectives on this area will be explored. But, what does Bowen theory bring to the table in thinking about this topic? Bowen theory stresses the importance of the family as an emotional unit and thus views this topic not as a separate area focus on one person, but related to the importance of family emotional processes and how they interact. If you deal with children who are suicidal, you will be working intimately with their families.

No clinician welcomes patients with suicidal behavior. Clinicians are significantly impacted when they have a patient who dies in this manner. We never forget our patients who are successful in their suicide attempts. Unfortunately if you are in practice for a long time, you will have probably have several of these. Documentation is always paramount in clinical work especially in this area, so there will be some discussion about this aspect of clinical work.