Can you see your mother as a product of evolution?

When I began to teach Bowen family systems theory in Texas in the early 1990’s, people would walk out when I mentioned the evolutionary history of the family. One young couple spoke to me after a particular lecture and said, “We don’t believe in evolution, but Bowen theory has been so helpful in our marriage. We don’t have to agree with everything.”

What difference does it make to see the family as part of evolution? Your family? Your mother? Yourself? I’ve thought long and hard about this question. Here are some of those thoughts.

Although Murray Bowen read widely in Darwin, evolution, and the natural sciences, his theory is not derived from or appended to Darwin’s theory. Bowen wrote that the family is an emotional system “conceived to be the function of life forces inherited from the phylogenetic past. … One is the built in life growth force toward individuality and the differentiation of a separate self, and the other, an equally intense emotional closeness (togetherness).” ( Bowen, Family Therapy in Clinical Practice. 423-424) This proposition that individuality and togetherness are “inherited from our phylogenetic past” raises questions not only about the human family but also about how other forms of life are organized as emotional systems.

Those forces that govern human functioning operate far below and beyond the psychological ones that are addressed in behavioral change, word choice, interaction sequences or communication process. These forces operate beyond blame. They are instinctual reactions to the natural environment and to kin and kind, preserved through time as a function of successful adaptation and reproduction. They are part of survival. They also contribute toward symptoms.

Evolution is imperfect. Any creature more perfectly adapted to an environment is less able to change when those conditions of life change. Changes in behavior, in physiology, in brains, in the organism occur in trial and error fashion through reproduction over generations. Some changes are faster and some are slower than others. There is much error. Imperfect creatures are able to adapt, survive and reproduce. This is accurate not only for our phylogenetic heritage but also for our very own family over the generations.

Bill Bryson wrote in A Short History of Nearly Everything:

“To be here now, alive in the twenty-first century and smart enough to know it, you had to be…extremely — make that miraculously — fortunate in your personal ancestry. Consider the fact that for 3.8 billion years, a period of time older than the Earth’s mountains and rivers and oceans, every one of your forbears on both sides has been attractive enough to find a mate, healthy enough to reproduce, and sufficiently blessed by fate and circumstances to do so. Not one of your pertinent ancestors was squashed, devoured, drowned, starved, stranded, stuck fast, untimely wounded, or otherwise deflected from its life’s quest of delivering a tiny charge of genetic material to the right partner at the right moment in order to perpetuate the only possible sequence of hereditary combinations that could result — eventually, astoundingly, and all too briefly — in you.“

The perspective afforded by using Bowen theory and a study of evolution moves one toward a more objective view of symptoms and of strengths in the family and in the history of life. 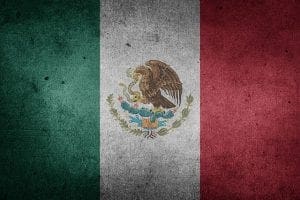 The Frontera-List provides a forum for sharing information on US-Mexico border issues, including immigration, separation of children and families, crime and violence, environmental issues, and more. Frontera-list has been around in different formats since about 1997.  Molly Molloy started the current google newsgroup in 2010. More than 1400 people subscribe to the group. For more information or to subscribe contact: mollymolloy@gmail.com

You can reach Molly at: mollymolloy@gmail.com

You can email to the group: frontera-list@googlegroups.com [Your email will go to the moderator: mollymolloy@gmail.com]