This research project investigates changes in physiology and functioning that accompany working on differentiation of self, the basis for family systems psychotherapy based in Bowen theory. Participants

8 people, all participants in the Bowen Center Postgraduate Program, volunteered to participate in this research project from September, 2013 – June, 2014. Six of those continued for a second year and an additional person began in September, 2014.

The data for each participant from Year 1 is being analyzed on a Single Case Study basis and will then studied for comparisons.

The first Case Study is described in the attached PDF from a Poster Presentation at the NorthEastern Evolutionary Psychology Conference and on the Powerpoints that were presented at the Bowen Center Spring Meeting on Differentiation of Self. 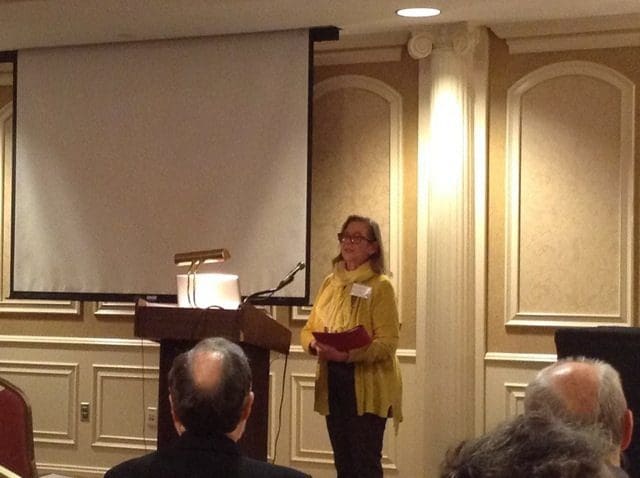 Symptoms in the family of this first Case Study occur in the relationships between people and in behavior.

Ms. A increases one to one contact with various family members and works on relating to others as responsible for themselves instead of trying to fix their problems. As her anxiety reactions decline, symptoms in her son resolve and his functioning improves. There is more contact between her current husband and his sons. Her mother and uncle begin dealing with each other though conflict remains high between them.

The Bowen Center for the Study of the Family gave this research the Caskie Research Award at the Spring Meeting.

The implications of the study relate to

Next steps in the study may provide a view of variation in the the process and outcome of change and the factors present for those who progress more quickly or more slowly toward differentiation of self.